Breakthrough in the Fight against FGM now in Kisii South

Great news from the FULDA-MOSOCHO-PROJECT on the International Day of “Zero Tolerance for Female Genital Mutilation”:

Wherever you look, there are emotional and happy faces; proud fathers, mothers and girls.
The breakthrough has been made: The Cultural change, ending FGM, can no longer be stopped! The Kisii call it “A New Growth in Our Kisii Culture”.
After Mosocho, now Kisii South is the second area in Kisii County to hold a major public event celebrating mothers’ and fathers’ decision to let their daughters grow up freely and safely with a clitoris. These celebrations have a huge impact, meaning that even people who are still rooted in the “old” culture” but have been following this event are also encouraged to join in and take part to protect their daughters.

Well over 2,000 brave men and women, including clan elders, mayors and official dignitaries came together on 4 December 2019 for the major public event at the central Itierio Ground in Kisii South.

Among them that day were more than 1,500 girls who have been saved sustainably from FGM. They came by buses, organized by all fourteen sublocations where they are coming from. Each girl was joined by one of her parents and one older sister.  The protected girls were declared OMOISEKE  by high officials. That means they were declared fully accepted honourable members of the Kisii community who will be allowed to marry one day. They got ceremoniously handed out certificates with their names and signed by their parents to confirm that fact.

The fathers thus show their families and communities that their sons have the freedom and their blessing, to marry women who have not been circumcised. They use the celebration as a platform to present this good news publicly in speeches and the popular song “Malaika”, expressed in words they write themselves.

As we – the German-Kenyan Fulda-Mosocho team – walk towards the many buses standing ready to take the girls back home, delighted girls’ voices constantly call over to us: “Thank you – I am proud and happy about my parents”. Change is now being brought to life in thousands of families in this  region too.

We do thank all the donors and initiatives – in particular the ALTERNAID Foundation for People in Need and Issendorf KG – whose financial support made this day possible!

The next major event is just around the corner, as the people of Marani also want to overcome FGM. And hundreds of girls and parents are hoping of an event of this kind too, to be celebrated and being fully accepted for their courageful decision by their communities.  Please help with you donation make possible such a large scale event also in our third project region, in Marani. Help make this event for Marani girls and parents just as encouraging. 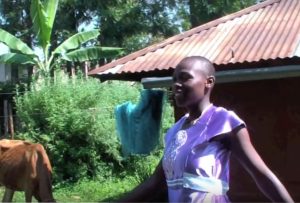